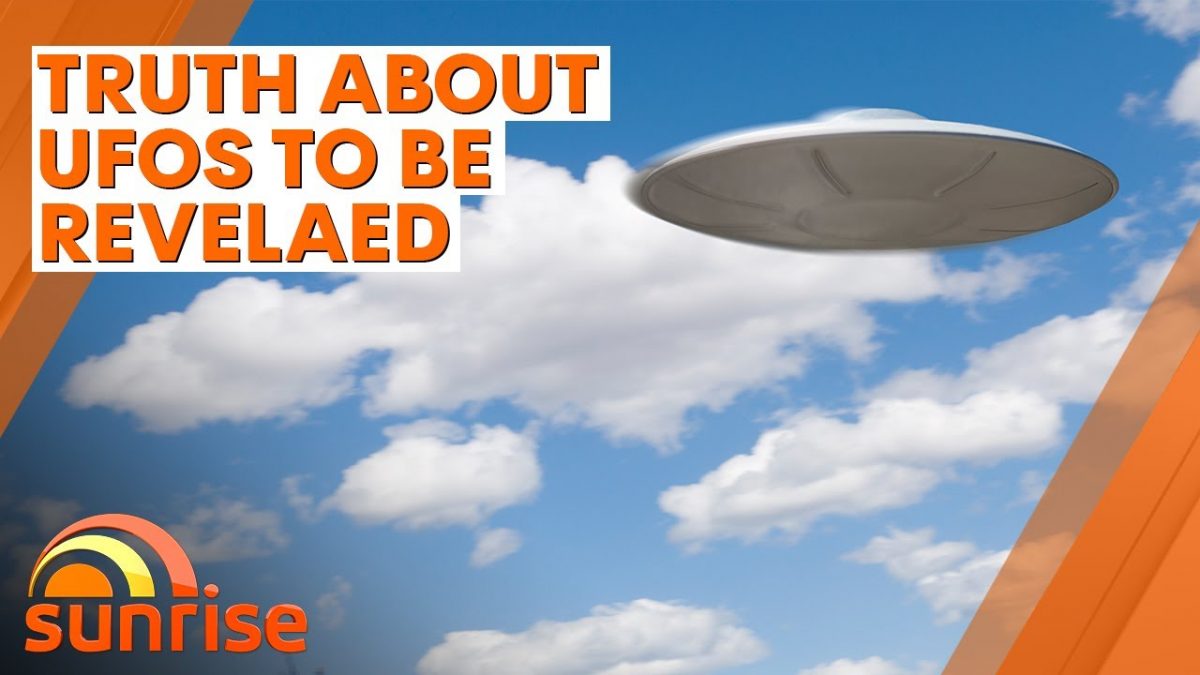 The truth about UFOs how they are to be exposed in US government report from 7 NEWS.

Even Barack Obama just said something very interesting about UFOs

In this video Tucker reports it’s time for answers

There have been a number of UFO sightings that have been reported by television news channels around the world. Some of these sightings have been captured on video and have gained widespread attention. Here are a few examples:

It is worth noting that many UFO sightings are eventually explained as natural phenomena, aircraft, or other man-made objects. However, some sightings remain unexplained and continue to be the subject of debate and speculation.

There has been a lot of media attention on a series of videos released by the Pentagon in April 2021, which purport to show unidentified flying objects (UFOs). The videos were originally recorded by Navy pilots and were leaked to the public in 2007 and 2017. The Pentagon acknowledged the authenticity of the videos and released them in an effort to be transparent with the public.

The videos show encounters between military aircraft and what appear to be unidentified flying objects. In one video, a UFO is seen moving at high speed and making sudden changes in direction that would be difficult for a human pilot to achieve. In another video, a UFO is seen hovering in the air before quickly accelerating out of view.

Many people have speculated about the nature of the objects in the videos, with some suggesting that they could be advanced military technology or even extraterrestrial spacecraft. However, the Pentagon has stated that they do not know the origin or purpose of the objects and that they are not able to identify them.

It is worth noting that the Pentagon has a program called the Unidentified Aerial Phenomenon Task Force (UAPTF) that is responsible for investigating reports of unidentified flying objects. The UAPTF was established in 2020 in response to a series of incidents involving military aircraft and unidentified flying objects. The purpose of the task force is to collect and analyze information about these incidents in order to understand what is happening and to determine any potential threats to national security.

The Pentagon has released several videos of unidentified flying objects (UFOs) that were recorded by military personnel. These videos, which have been widely circulated online, show unidentified objects exhibiting characteristics that are not consistent with known aircraft or drones. The Pentagon has stated that it is not able to identify the objects in the videos and that it is not sure what they are.

In April 2020, the Pentagon released three videos that had been recorded by U.S. Navy pilots in 2004 and 2015. The videos, which were captured by the pilots’ onboard cameras, show small, unidentified objects moving at high speeds and making sudden, seemingly impossible turns.

In June 2020, the Pentagon also released a report on UFO sightings by military personnel. The report, which was commissioned by the U.S. Congress, acknowledges that the military has encountered many anomalous aircraft that have been difficult to identify, but it does not offer any definitive conclusions about what the objects might be.

There has been much speculation about the nature of these UFO sightings, with some people suggesting that they may be evidence of extraterrestrial visitation, while others believe that they could be advanced military technology or some other as-yet-unknown phenomenon.

Hey there I hope the info on this site is helpful to you. Please leave a comment behind thank you. View all posts by V. Peters

© universal-database.com Disclaimer: Use the guidelines from this website at your own risk. The author of this website is not responsible for any damaged caused by the information provided.